Back to All Courses

Join Mars Mission scientist, Pamela ‘Pan’ Conrad in a talk about how exploration is a fundamental property of all living things.

As an astrobiologist and planetary scientist Conrad specializes in understanding how planets do or do not evolve into habitable environments, and she is presently involved in the exploration of Mars with the Perseverance Rover and its companion, the Ingenuity helicopter.

“Humans are on the verge of becoming interplanetary creatures, and how it happens is a choice we can make before the course becomes firmly charted. The path we choose could determine the fate of life in the universe, and alternatively the universe sets its own constraints on the journey.”

Conrad is a research scientist at The Earth and Planets Laboratory of the Carnegie Institution of Science in Washington, DC, but her primary job is as an Episcopal priest and pastor.

As both an Episcopal priest and a scientist, one of her priorities is to help people feel confident to engage both their critical thinking and their faith in all aspects of life, using what we can learn from observing nature as an approach to understanding the systems nature of all that is.

Dr. Conrad’s wide-ranging conversation ties together geographic exploration on Earth, space exploration and tourism, empire and colonialism, science fiction, and moral discernment as she focuses on the why and how of exploration in the 21st century.

This lecture is in memory of John F. Ford, Founding President of Chesapeake Forum.

Pamela Conrad is an astrobiologist and planetary scientist specializing in understanding how planets do or do not evolve into habitable environments. While she is presently involved in the exploration of Mars with the Perseverance Rover as a research scientist at The Earth and Planets Laboratory of the Carnegie Institution of Science in Washington, DC, her ‘primary’ job is as an Episcopal priest and pastor of St. Alban’s Parish in Glen Burnie, MD. Conrad’s education exemplifies what it means to be a lifelong learner – forever curious, always learning, always exploring. She received her B.A. with Distinction in Applied Music (vocal performance) from George Washington University and went on to earn additional degrees in Music and Composition, as well as Philosophy and Geology, and a Ph.D. in Geochemistry and Mineralogy. She later received her M.A. in Divinity from the Episcopal Divinity School, Cambridge, MA. 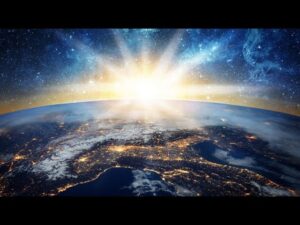 Join us as we conclude our spring semester course, Why is Life? We'll continue our discussion of the latest findings and theories about the nature of life, its origins on earth, and the universe. 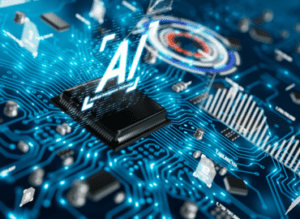 Artificial Intelligence is the science and practice of systems that exhibit characteristics we associate with intelligent human behavior. This two-session overview course emphasizes interactive discussions regarding the implementations of AI in the United States and abroad. 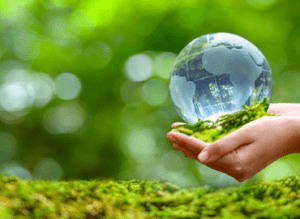 Although Congress has yet to enact legislation to address ‘Climate Change,’ the U.S. Government has pursued and funded various initiatives for the problem of a rapidly changing climate. 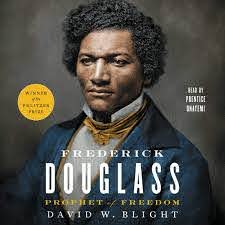 Frederick Douglass: In His Time and In Ours

Professor David W. Blight’s virtual live lecture will draw past and present together by focusing on Frederick Douglass’ key legacies. You are welcome to join a live Q&A following the lecture.