Anyone interested in expanding their knowledge of international relations and participating in active discussions of crucial global issues will find these engaging and insightful conversations of important topics of the day very interesting. Course participants will select four topics from the 2020-2021 Briefing Book to focus on this semester: The Role of International Organizations in a Global Pandemic; National Security; China and Africa; Korean Peninsula; Persian Gulf Security; Brexit and the European Union; The Fight over the Melting Arctic; The End of Globalization. Each session starts with a video on the topic prepared by the Foreign Policy Association, followed by engaged discussion among participants.

Rich Harrison is the retired Director of Research & Development for Baltimore Aircoil Co., a worldwide manufacturer of evaporative cooling equipment and ice thermal storage equipment. During his 39 years at BAC, he developed numerous innovative components of those products and received ten patents. He has a bachelor’s degree from Virginia Tech and a master’s degree from Purdue University. He resided in Columbia, Maryland, for 32 years and then found the light of the Eastern Shore.

Since retiring, Bob DeGour has become a fixture at Eastern Shore schools as not only a U.S. Naval Academy Blue & Gold Officer but also the Founder/Director of a summer STEM camp for elementary school children whose instructors are middle and high school students. His never-tiring efforts to give back find him in and out of the schools mentoring young people and assisting with BioMed and Geopolitics courses. Since moving to the Eastern Shore, Bob has been invited to moderate the annual Naval Academy Foreign Affairs Conference roundtable on current strategic issues impacting the United States. Bob is a 1973 U.S. Naval Academy graduate and was the first midshipman to study concurrently in a civilian university post-graduate program. His classified thesis focused on socio-political systems in Pre-WWII Germany, the Soviet Union, and the Peoples Republic of China. He served in the Navy intel community before transitioning to the private sector. 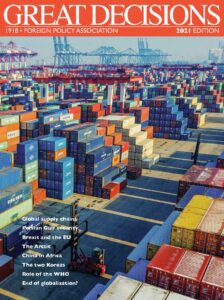 Part 2 of this popular geo-political discussion group will continue with four more important global topics from the 2021 Great Decisions Briefing Book (available for an additional $10).

Conversation: Setting Expectations for Our Youth

COURSE IS NOW OVER. RECORDING IS AVAILABLE. Join a discussion based on excerpts from the films “Stand and Deliver” and “The Ultimate Gift” to explore whether we are setting appropriate expectations for our nation’s next generations. 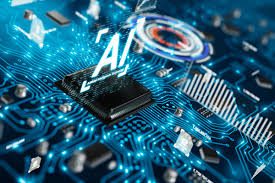 An interactive discussion of policies surrounding implementations of AI in America and abroad.